Founded in 2017, Eavor Technologies inc. is a key player in the future of geothermal energy in Canada. Utilizing traditional oil and gas expertise and assets to transform power production to a 24/7 carbon-free energy future. This page will guide you through Eavor’s inception, evolution, noteworthy accomplishments, media assets, and much more.

Focusing on the previous traditional geothermal energy production in previous years, a typical geothermal power plant works by drilling down into a naturally occurring underground reservoir of hot water, normally in volcanic regions. This hot water is pumped to the surface and turns into steam when it returns to atmospheric pressure, driving an electricity-generating turbine. The steam is then cooled, and the cold water is pumped back into the underground reservoir to be reheated.

A so-called low-enthalpy geothermal energy (LEGE) plant has similar principles but does not utilize underground hot-water reservoirs — it simply pumps water down to a depth of 1-5km and uses the hot rock to heat the water, which is then pumped back to the surface to power an Organic Rankine Cycle (ORC) electricity-generating system. But according to Eavor CEO, John Redfern, LEGE has never taken off because the amount of energy needed to pump the heated water to the surface and later reinject it equates to 50% or more of the electricity the plant generates.

The idea for Eavor-Loop™ came from the company’s co-founder and now chief business development officer, Paul Cairns, during a chat with Redfern in 2017 about how suspended oil wells in Alberta could be re-used for profit — a conversation which then turned to LEGE.

“Luckily for us, my co-founder wasn’t an engineer, he wasn’t a scientist, he was a finance guy, but a creative one, and so unencumbered by geoengineering knowledge. He said, ‘why doesn’t low-enthalpy geothermal energy work?’ And I said, ‘because of the parasitic pump load that uses about 50-80% of the power produced, so little energy is produced’.

“He says, ‘well, to get around that, why don’t we just drill down two wells and connect them horizontally [below ground] and we’ll connect them on the surface and make this big loop — wouldn’t that flow better?’

“And I thought it was the dumbest idea I’d ever heard in my life… incredibly inefficient [and] capital intensive.”

But engineers such as Matt Toews, who is now the company’s chief technology officer, pointed that such a configuration would not only eliminate the parasitic pump load but would in fact pump itself due to the thermosiphon effect. This is because cold water is denser than warm water, so the cold essentially pushes the warm water towards the surface.

…This is the Holy Grail of power.” Eavor is the Solution the

World Has Been Waiting For

As a completely closed-loop system, we circulate a benign working fluid that is isolated from the environment and therefore is scalable globally without fracking, GHG emissions, earthquake risks, water use, produced brine or solids or aquifer contamination. Eavor-Loop™ produces much-needed reliable baseload power. 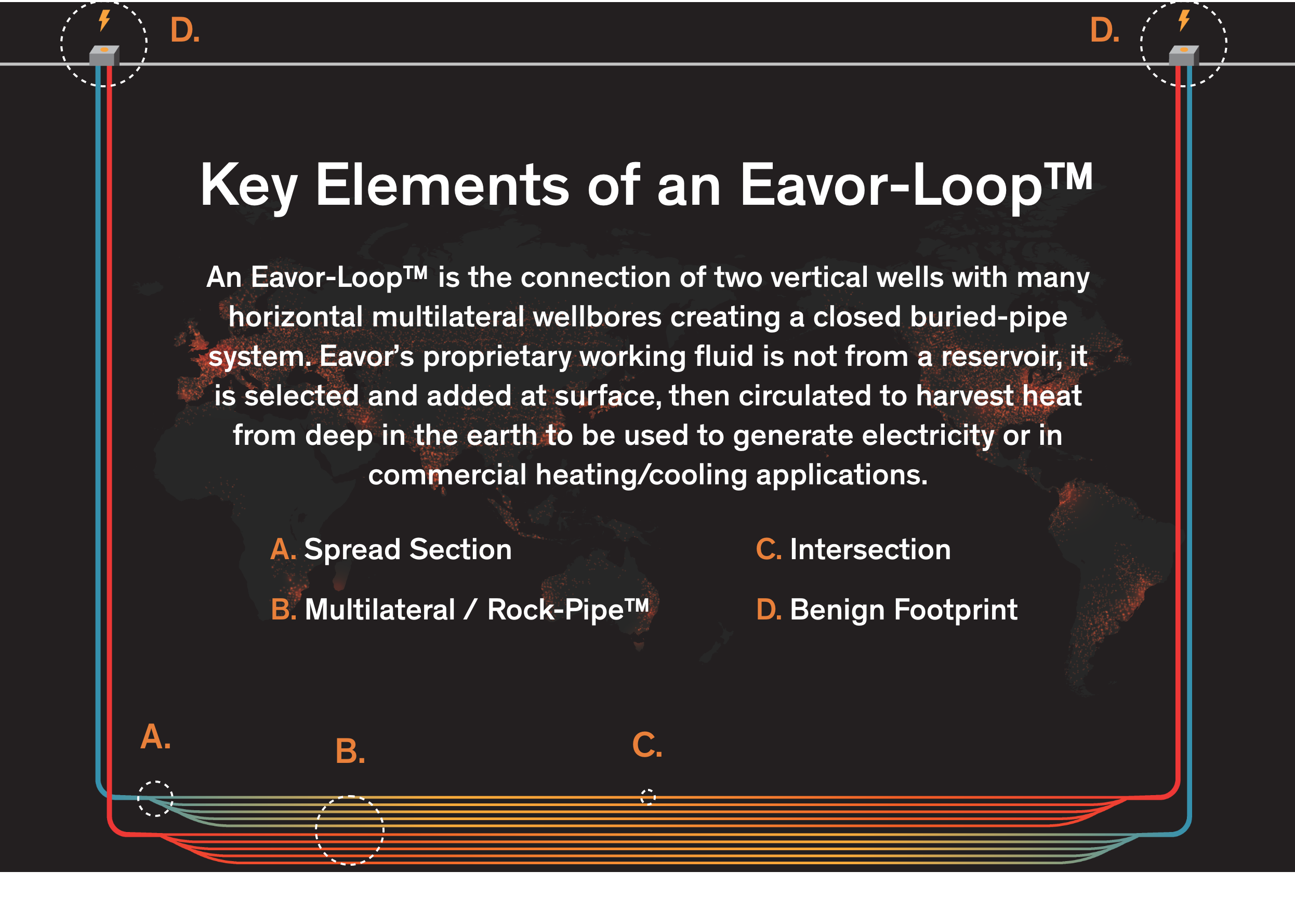 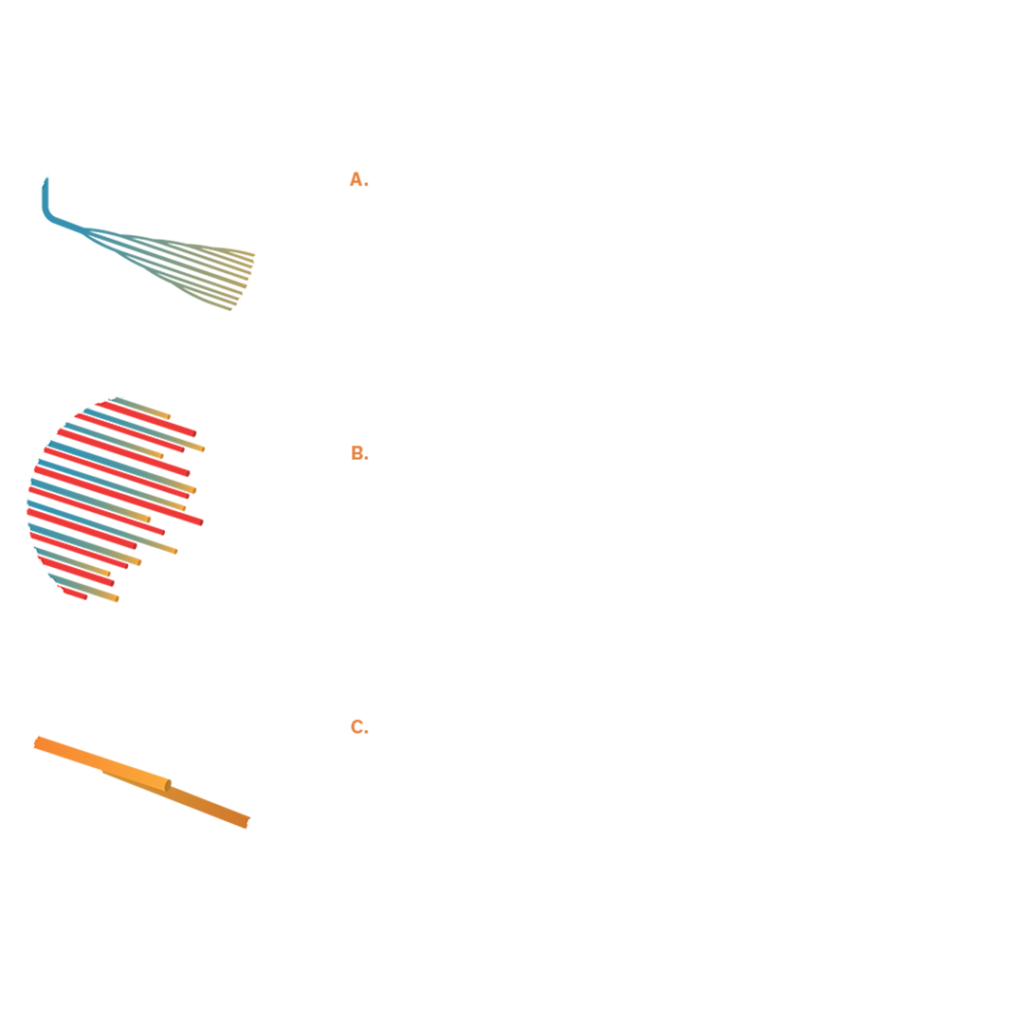 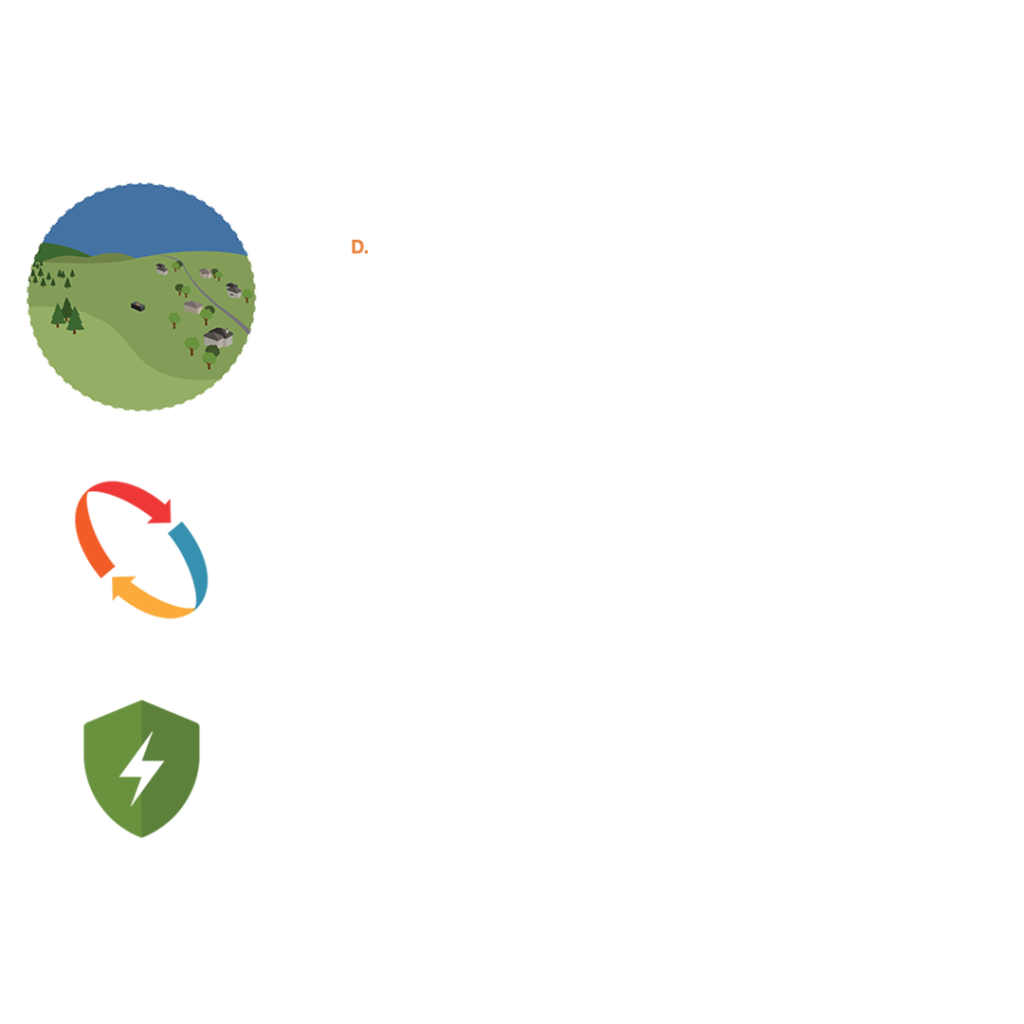 Eavor’s technology consists of several Patent Pending innovations. The Eavor-Loop is a closed system within which a proprietary working fluid is contained and circulated. The working fluid is not fluid from a reservoir flowing into our wells, it is a fluid added to the closed-loop Eavor-Loop™ to create an efficient radiator, much like a vehicle radiator circulates fluid in a closed loop to remove heat from a gasoline engine.

Eavor-Loop™ harvests heat from deep in the earth to be used for commercial heating applications (ex: greenhouses or district heating) or to be used to generate electricity using conventional heat to power engines. Eavor-Loop™ is an industrial scale geothermal system that mitigates many of the issues with traditional geothermal systems, which rely upon using wells to produce brine from a subsurface aquifer.

The closed-loop is the key difference between Eavor-Loop™ and all traditional industrial-scale geothermal systems. Eavor-Loop™ is a buried-pipe system, which acts as a radiator or heat exchanger. It consists of connecting two vertical wells several kilometres deep with many horizontal multilateral wellbores several kilometres long. As these wellbores are sealed, a benign, environmentally friendly, working fluid is added to the closed-loop as a circulating fluid.  This working fluid is contained within the system and isolated from the earth in the Eavor-Loop™. The wellbores act as pipes, not wells producing fluid from the earth.

The working fluid naturally circulates without requiring an external pump due to the thermosiphon effect of a hot fluid rising in the outlet well and a cool fluid falling in the inlet well.  The working fluid contained in this closed-loop pipe system brings thermal energy to the surface where it is harvested for use in a commercial direct heat application or converted to electricity with a power generation module (heat engine). Unlike heat pumps (or “geo-exchange”), which convert electricity to heat using very shallow wells, Eavor-Loop generates industrial-scale electricity or produces enough heat for the equivalent of 16,000 homes with a single installation.

The Eavor-Lite™ Demonstration Project is a full-scale prototype of the Eavor technology suite. The project site is located near Rocky Mountain House, Alberta. Drilling and construction began in August of 2019. Eavor-Lite™ consists of two vertical wells, joined by two multilateral legs at 2.4km depth, connected by a pipeline at surface. The rationale for this design, which is not intended to be commercially viable, is to build a project that proves and demonstrates all the critical elements of Eavor’s technologies at the lowest cost. This demonstration is designed to achieve the most efficient path to acceptance and commercialization of the technology by project developers and commercial financiers. 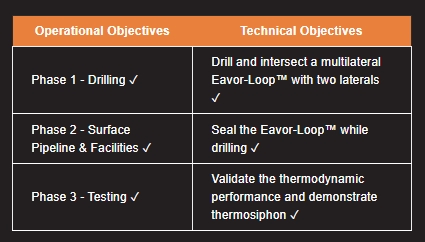 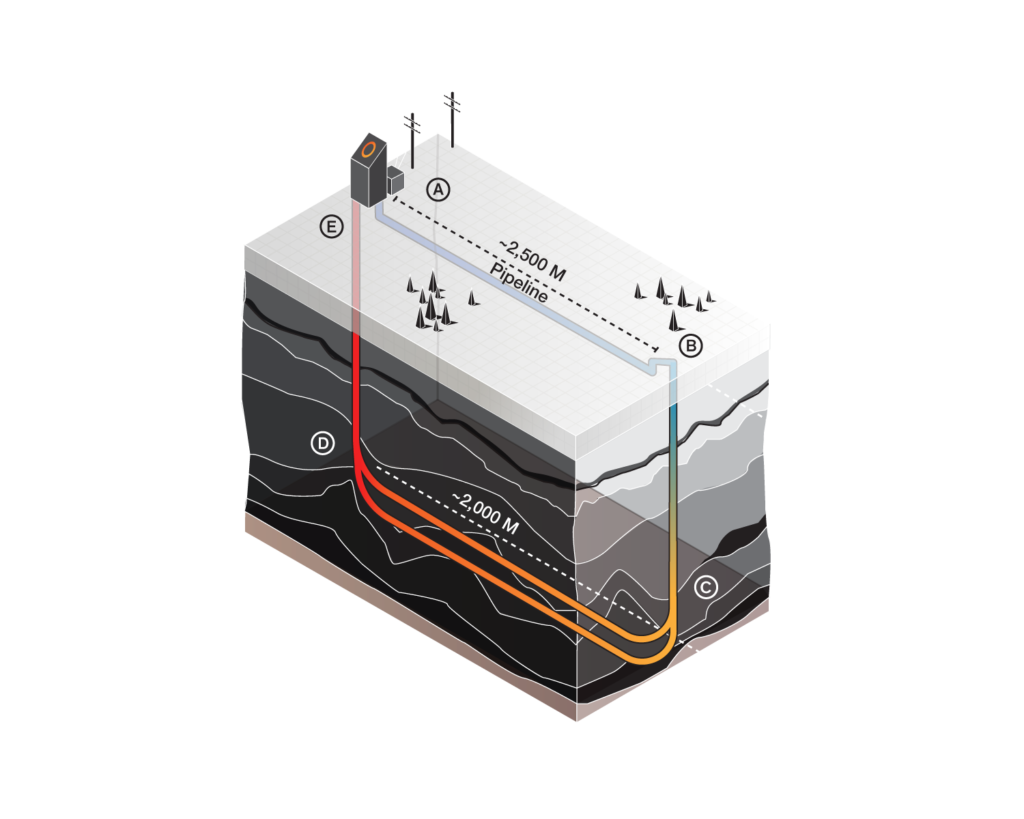 The Eavor-Lite™ Demonstration is designed to achieve the following three technical objectives:

Earth is our Battery

Eavor’s technology consists of several Patent Pending innovations. An Eavor-Loop™ is the connection of two vertical wells with many horizontal multi lateral wellbores creating a closed buried-pipe system. Eavor’s proprietary working fluid is not from a reservoir, it is selected and added at surface, then circulated to harvest heat from deep in the earth to be used to generate electricity or in commercial heating/cooling applications. 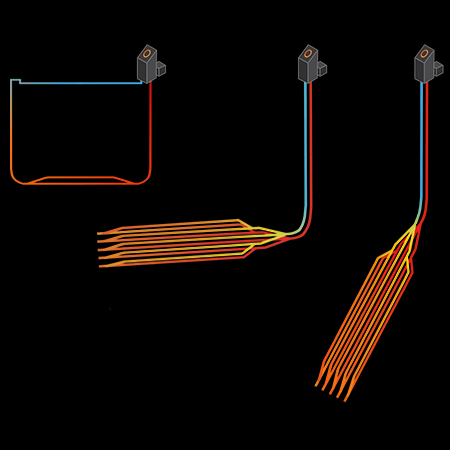 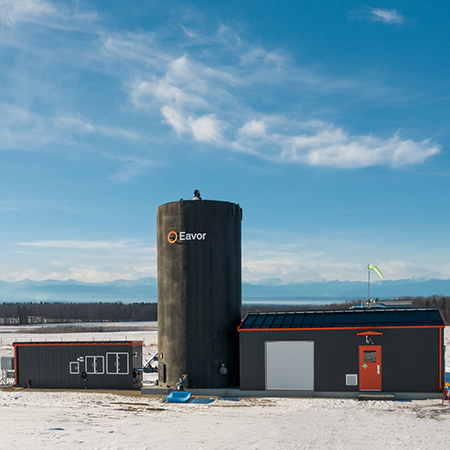 16 February 2021, Calgary: Eavor Technologies Inc., the leader in scalable geothermal technology, has completed a USD$40 million (CAD$50.7 million) funding round. These investments, and the partnerships formed around them, are critical to the commercialization of the technology and to help Eavor scale its already extensive project pipeline. 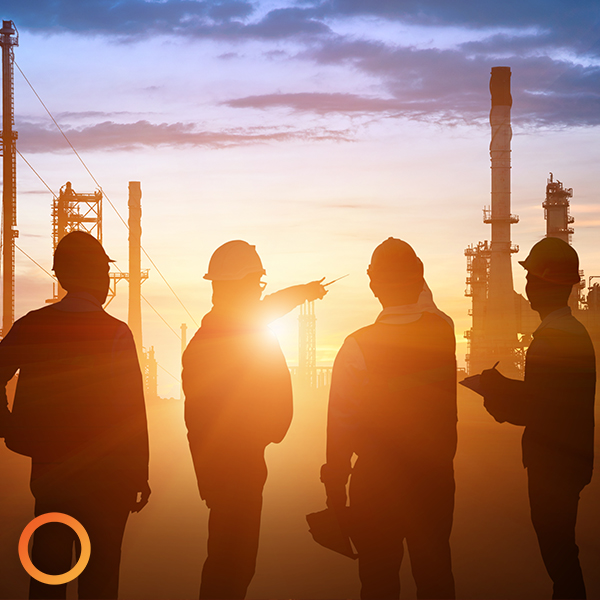 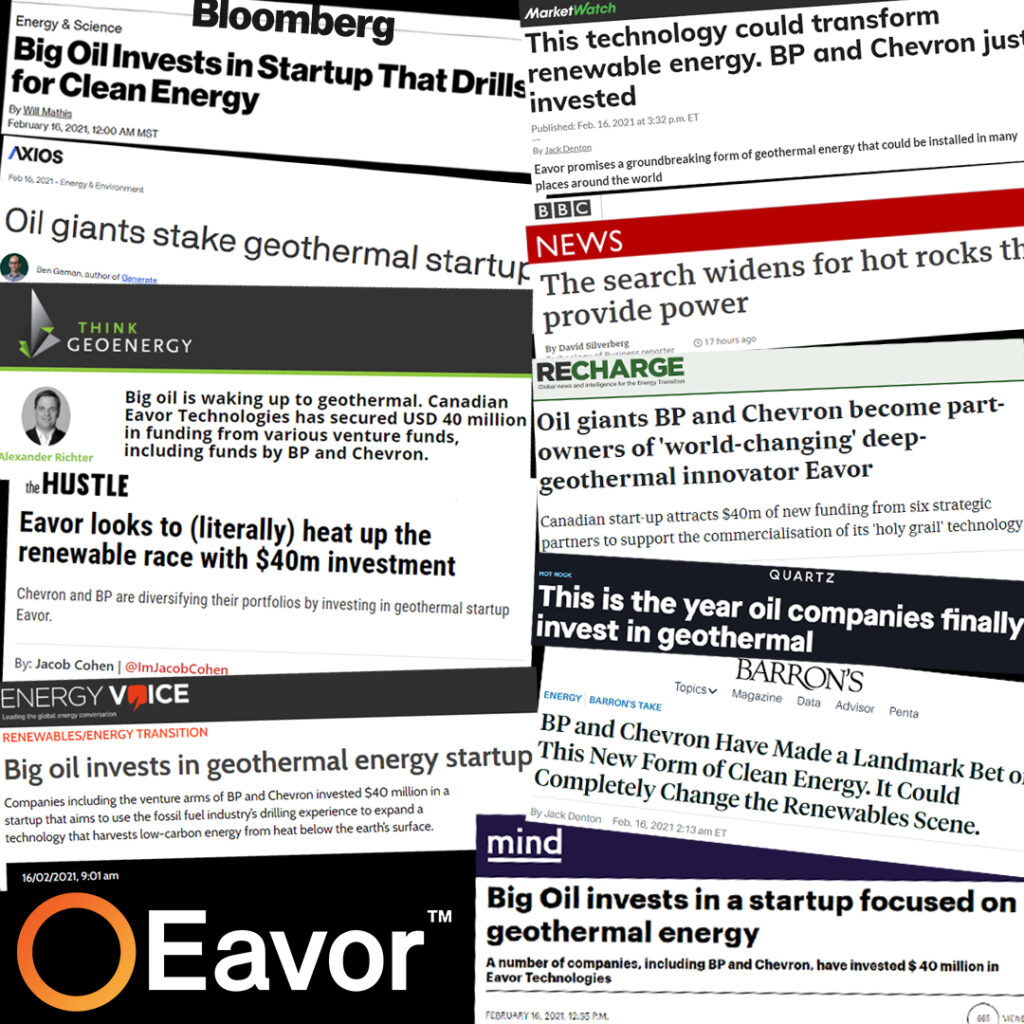 Many news organizations covered this announcement, and we’re so proud of all this coverage, we wanted to share all of the articles we are aware of currently.

We’d like to thank everyone who helped get our word out.

Please see below for all the great articles written by fantastic writers.

The Energy of the Future is Right Beneath Your Feet

Eavor has been featured in Rolling Stone, Launching our new Harmony video. "Recently, a start-up called Eavor (pronounced “ever”) developed what may be the world’s first ZELFR capable of operating on a scale similar to oil and gas."
Visit Rolling Stone

The Goldilocks effect: the quest for the perfect energy source

Eavor recently participated in the Media Planet's Future of Our Planet campaign launched in the National Post and online on innovatingcanada.ca
Visit National Post

A piece of technology created in Alberta is pushing the boundaries of energy. Morgan Black explores the story of an exciting piece of innovation: a closed-loop geothermal system that is catching the attention of some big oil and gas giants.
Visit Global News

Select a link below to read the full article. 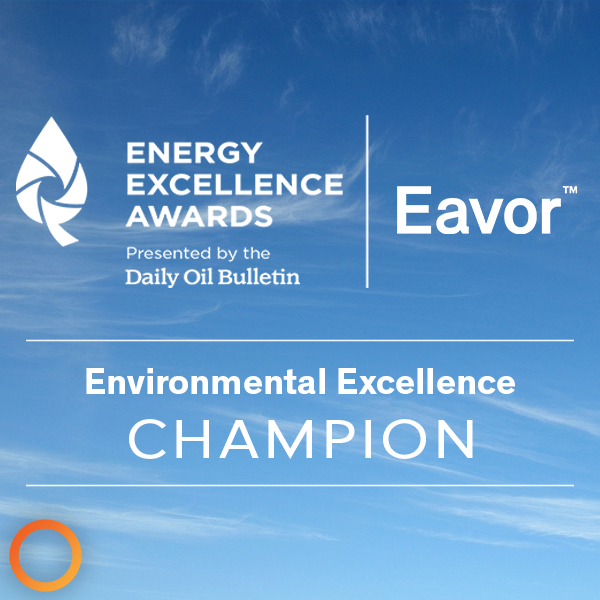 We are so proud to announce that we are this year’s Energy Excellence Awards Champion in the Environmental – Cleantech Air Category.

There are many people and organizations we would like to thank: The Energy Excellence Awards Advisory Board and Judging Committee, our entire team for working as hard as they can to make this a reality. Also everyone and their companies who have collaborated with us on our Geothermal Alliance. You’ve all helped make this possible.

We would also like to thank anyone who’s believed in us and supported our vision to change the world. #EnergyForEavor

We’re delighted to announce we are the winner of the Ruggero Bertani European Geothermal Innovation Award. There are many people and organizations we’d like to thank.

There are many people and organizations we’d like to thank: The EGEC Geothermal Advisory Board and Judging Committee, our entire team for working as hard as they can to make this a reality. Also everyone and their companies who have collaborated with us on our Geothermal Alliance. You’ve all helped make this possible.

We’d also like to thank anyone who’s believed in us and supported our vision to change the world. #EnergyForEavor 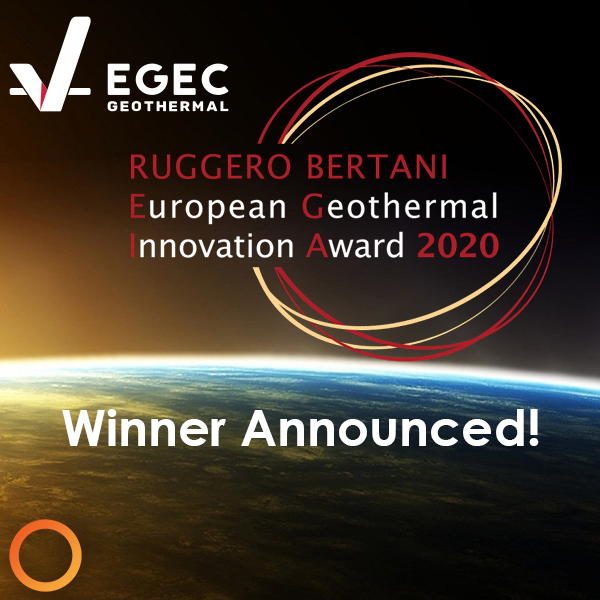 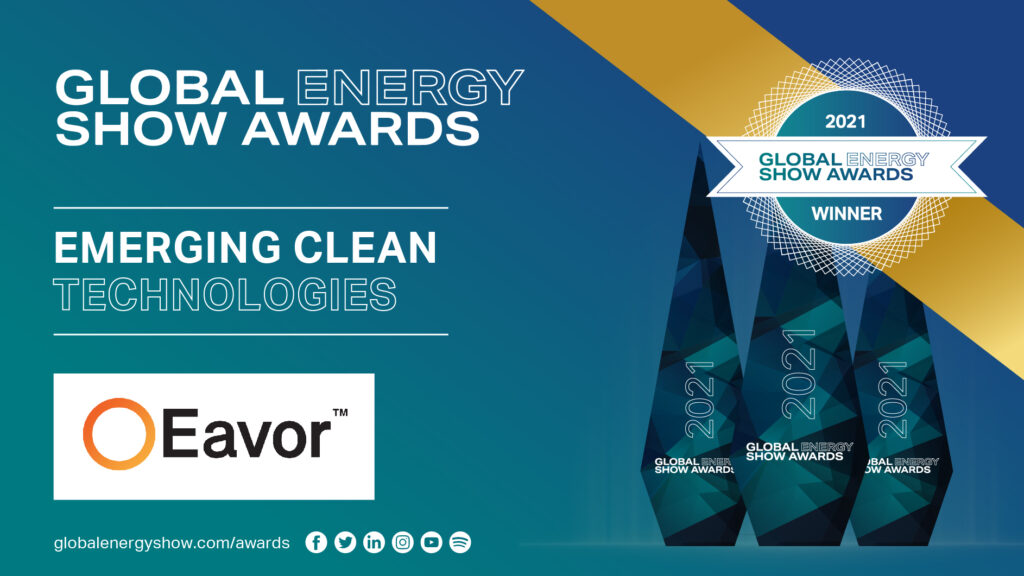 We are excited to announce that Eavor has won the ‘Emerging Clean Technologies’ award from the Global Energy Show.

We would love to congratulate all the nominees Proton, Acceleware Ltd., Akinê Inc., and New Leaf Dynamic Technologies.

Geothermal Will Change Our World... ForEavor

Take a journey through several kinds of Geothermal technologies and learn more about this incredible source of energy that will reduce emissions, provide jobs and bring us all together for a cleaner, brighter future.

Due to the travel restrictions of the current global pandemic, Eavor Technologies addresses increasing client demand for tours of its facilities through a scalable, innovative, technologically clever solution. Utilizing virtual reality, Eavor can now showcase their demonstration project (Eavor-Lite™) located near Rocky Mountain House, Alberta to any potential client from anywhere in the world.

Guided by your friendly tour guide Jen, alongside Eavor’s Lead Engineer, Bailey Schwarz, and Chief Technology Officer Matt Toews, the experience can last minutes or hours, allowing participants to gain an increased understanding of Eavor and their game-changing technology.

You can view the tour online on Eavor’s website here or contact Eavor to see if you qualify for an Oculus Quest package. 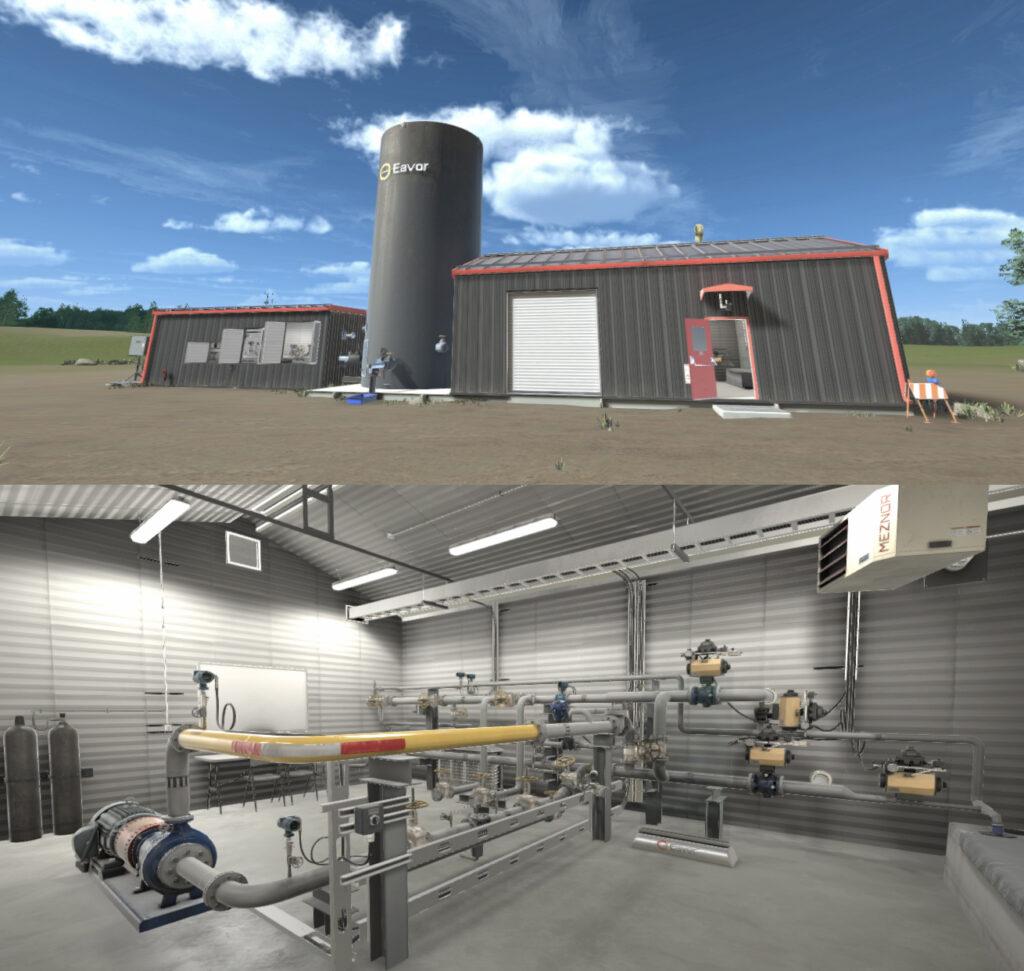 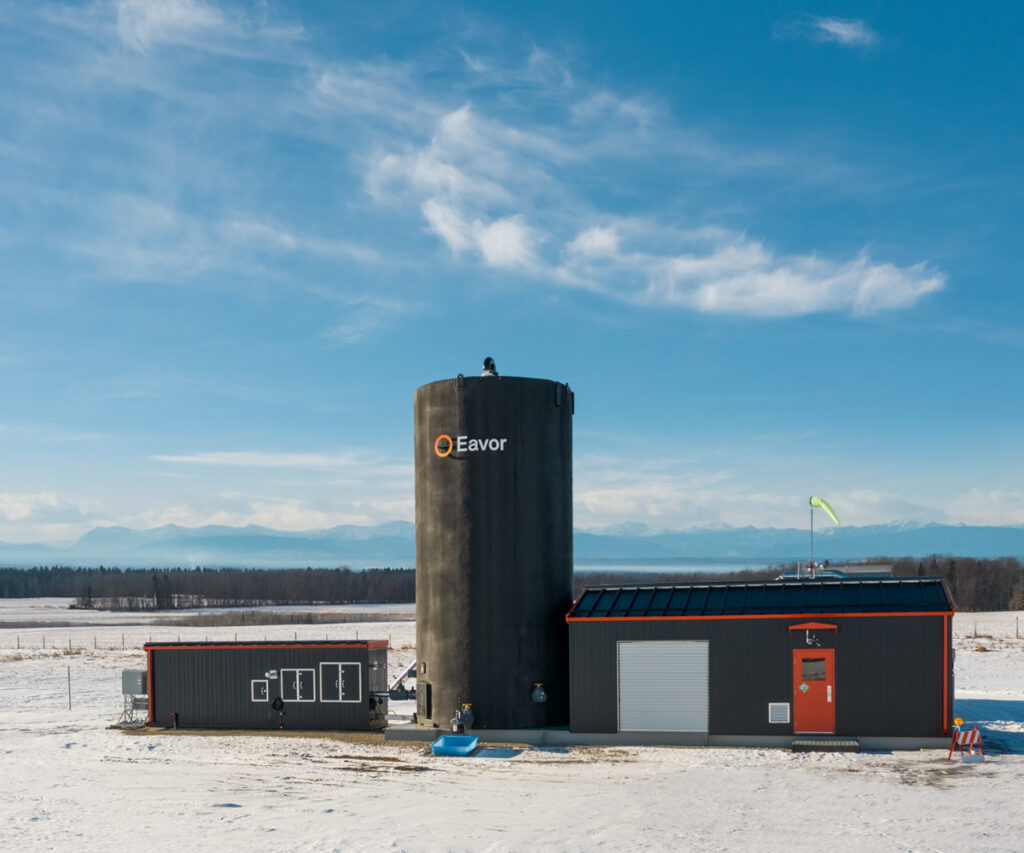 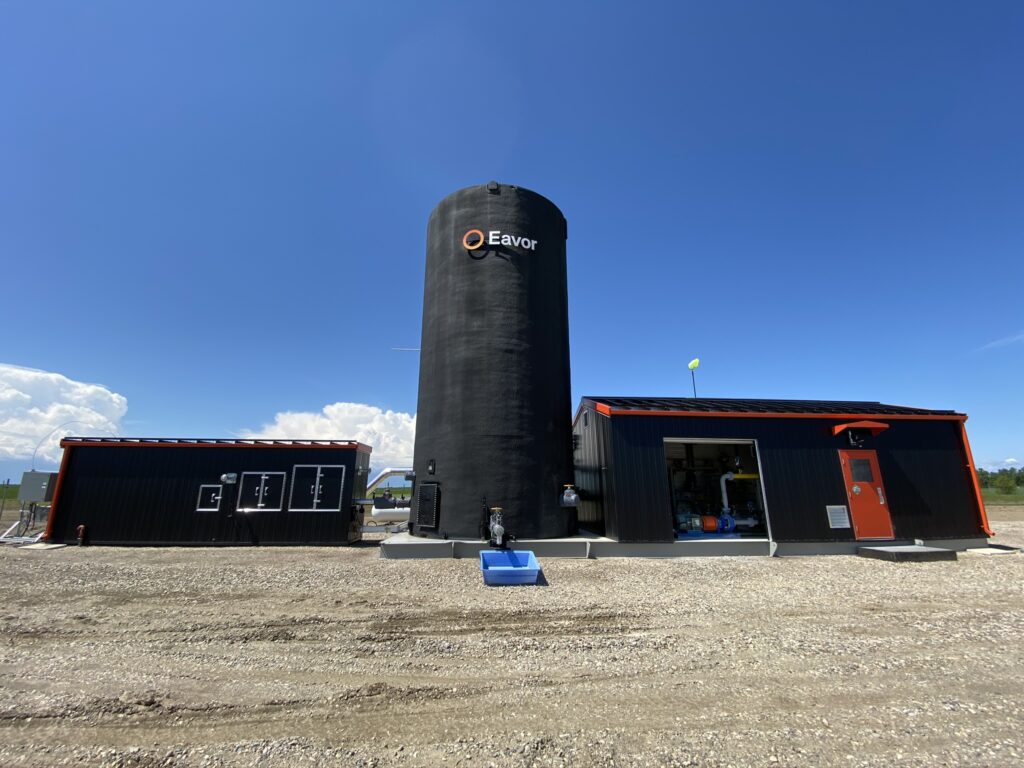 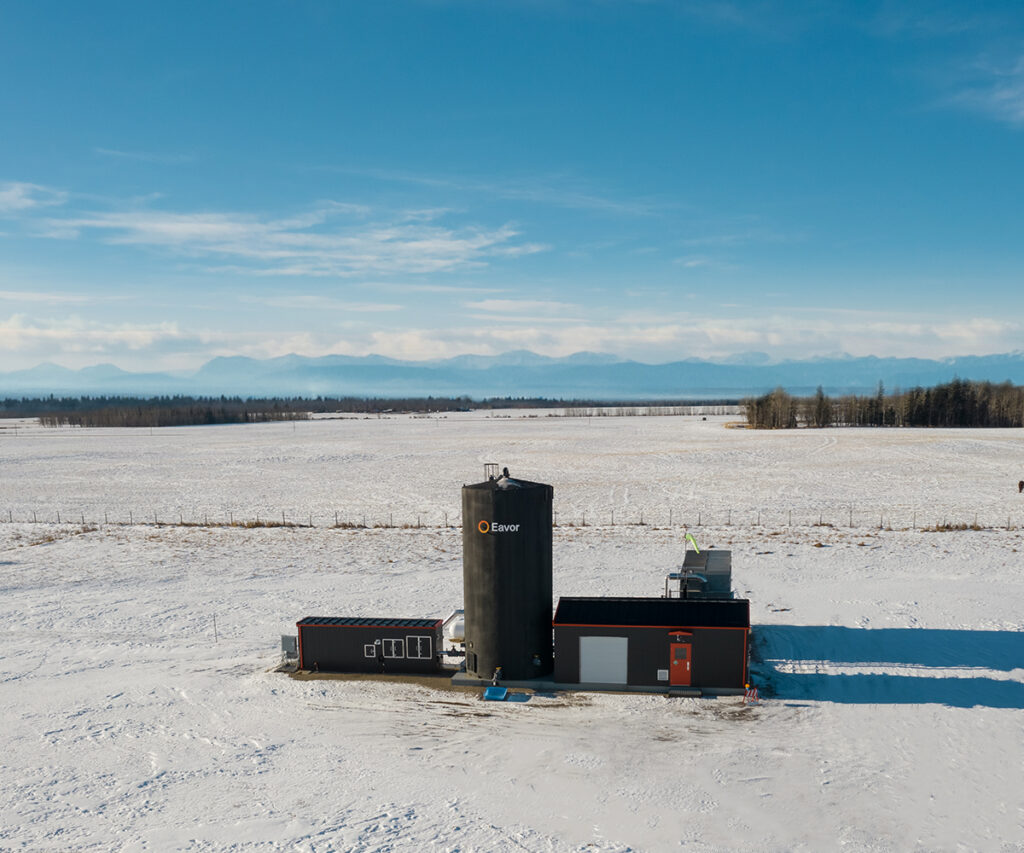 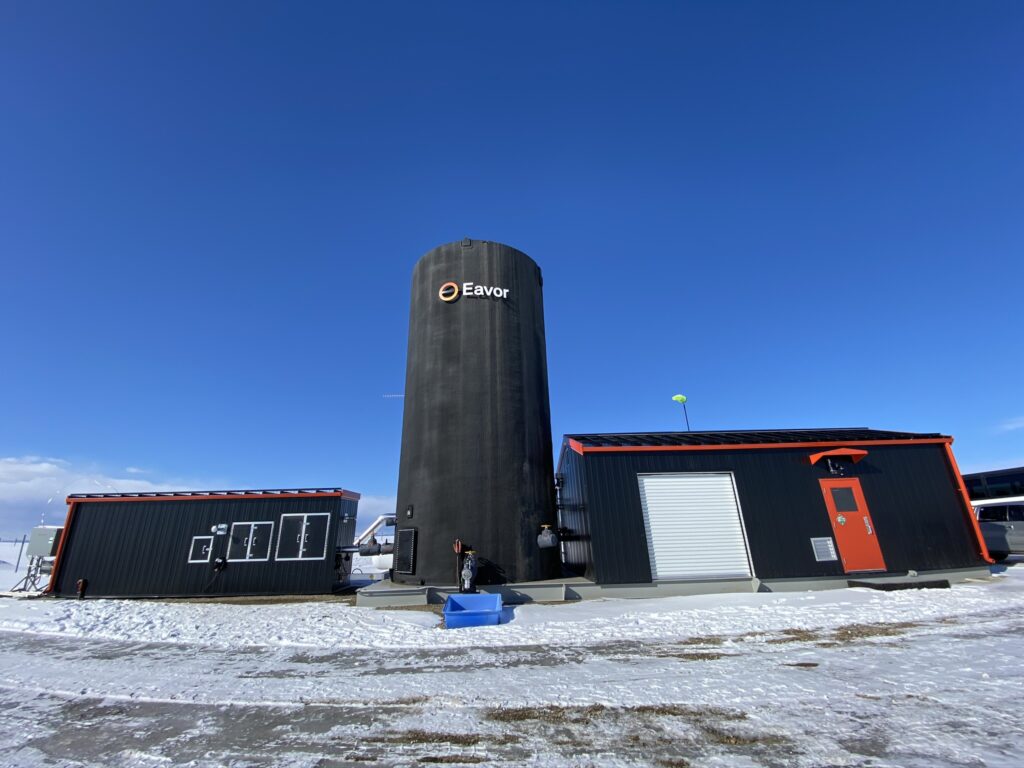