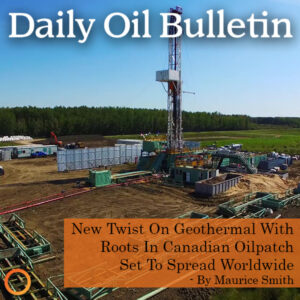 
Borrowed Technology
The company owes a big debt to the oilpatch from which it borrowed the technology, without which the Eavor-Loop would not have been technologically viable. Redfern, who left the oil and gas industry to pursue startups in China before being lured back to Calgary to co-found Eavor three years ago, has likened Alberta to the “Silicon Valley of energy services.”

(An oilpatch veteran, Redfern has held multiple international oil and service company executive roles including as a director at Hess Corporation in London, president of Accumap in Calgary and president of IHS Energy in Denver.)

Horizontal drilling has come into its own thanks to advancements generated by the shale revolution and oilsands SAGD production, both of which require precise aim through hundreds of metres of hydrocarbon-bearing formations. And faster drilling has led to dramatically reduced costs.

“It’s all driven off day rates [and] numbers of days of drilling; that’s the vast bulk of our costs, and people just didn’t drill that fast horizontally historically. There’s a bunch of reasons why they can drill faster now: bigger rigs, better hydraulics, you name it. So that’s one of the reasons why this wasn’t ‘invented’ earlier. We’re really riding on the coattails of the oil industry.

“Another example: our economics depend a lot not just on the speed of drilling, but on the idea of having a lot of multilateral segments off the same vertical well pair. And that’s SAGD drilling where they’re used to having several laterals off a single well. So a lot of our people cut their teeth in the SAGD area. SAGD is also about injecting heat into a reservoir, so there is a lot of thermodynamic knowledge there too. We’re just asking them to reverse the equation.”

As development is scaled up, further cost reductions are expected, said Redfern. “We’re sort of where wind and solar was years ago, at the start of a long learning curve. We are on the ground floor. There’s another whole optimization trail that we will do, given where we are at the moment, that will [bring] down costs.

“And no one knows how to drill these types of wells the way people in NorthAmerica do. This is the cheapest place in the world to do these things, with the best expertise in the service industry or in the engineering and the geology that these guys are doing — it’s all right here.” 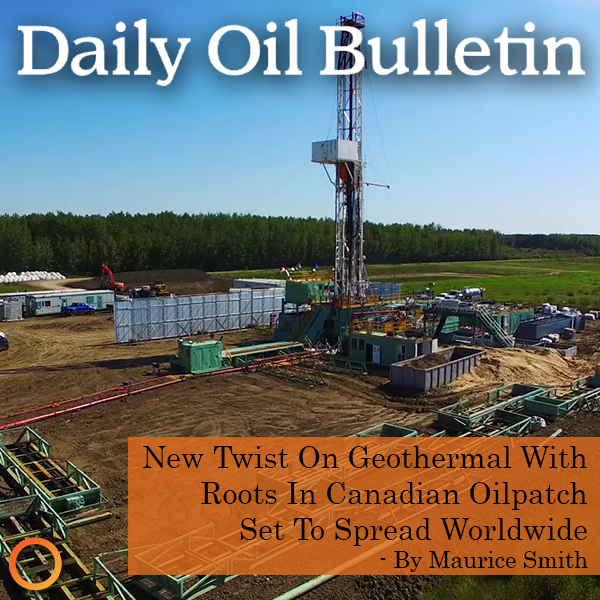 Eavor is building on Alberta’s expertise in energy, drilling, and engineering to grow clean geothermal technology in the province