A recent opinion piece was published in the Globe and Mail on how a renewed focus on geothermal could prevent a climate catastrophe.

The energy transition is intrinsically slow, with approved projects taking years to be connected to grid systems. Tie that with the BP Statistical Review of World Energy findings in June 2016 reporting that oil, coal, and natural gas reserves may be depleted in the next 50 to 100 years.

As stated in the article, “The gap between what humanity needs to do to and what’s politically, economically and technically feasible is rapidly becoming an unbridgeable chasm”.

Despite its reputation as a clean energy source suited to niche applications, geothermal is prepared to establish itself as a reliable solution to many countries’ electrification needs.

“Ultradeep geothermal power could tap this heat. Canada is fabulously positioned to develop this new technology and sell it to the world. It’s a massive energy – and business – opportunity. Yet geothermal power is often dismissed as a niche solution to the climate crisis.”

As noted in the article, “If we then connected two or more such wells with a network of channels underground and circulated fluid down through those channels and back up again, we could bring some of Earth’s vast core heat to the surface. And because we’d be able to locate such power stations nearly anywhere, we could move them away from faults, largely eliminating earthquake risk.”

The Eavor-Loop design focuses on these challenges. The design investigated is a deep closed-loop geothermal system consisting of 12 laterals for a total of more than 90 km of downhole well and lateral length. Building upon the validation received from the Eavor-Lite™ demonstration project, the production facility utilizing this design is currently underway in Geretsreid, Germany.

Advanced geothermal technology is both complimentary and an alternative to other renewables. “ultradeep geothermal plants with comparatively limited geographic footprints could generate enormous streams of continuous baseload and dispatchable power, indefinitely, without raising worries about such factors as radioactivity, disposal of highly toxic waste, mining of rare earths for batteries, or the weather’s vagaries”, as mentioned in the article.

Geothermal continues to face the hurdle of high costs for drilling. While this may hinder the advancement of this technology, in pursuit of net-zero goals and mitigation of climate catastrophes, the initial high costs for developing these ‘ultra-deep’ geothermal power plants may become a necessary investment to reach more cost-effective drilling solutions.

As noted in the article via Bloomberg, one US drilling company, Quaise Energy received a US$40-million in private-sector investment to develop plasma hard-rock drilling technology for wells 12 or more kilometers deep to unlock Terawatt-scale geothermal energy.

Canada awaits a revitalization of support for advancing geothermal in line with other renewables.

With world-leading expertise adapted from decades of producing oil and gas, “a government-industry research and development partnership in ultradeep geothermal would be a “moonshot” project that Canadians could rally around. It would draw on our existing technological strengths, create high-quality jobs in parts of Canada undergoing economic transition, and build bridges between Canadians desperately concerned about the climate crisis and those whose livelihoods are currently tied to oil and gas”, as stated in the article.

To read the full article, A big bet on geothermal could help prevent a climate catastrophe visit the Globe and Mail website. 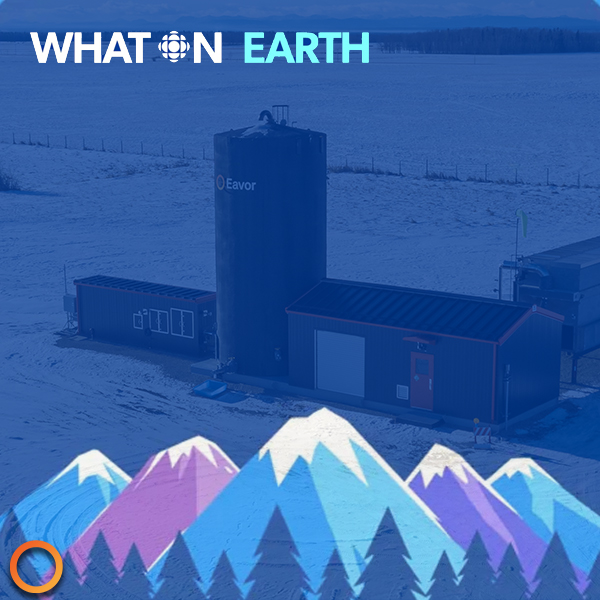 Response: CBC Radio’s What on Earth with Laura Lynch