Utility solar and wind generation play a large role in the pathways to a 24/7 carbon free energy future, especially considering that these resources are (and likely will remain for the coming decades) the least expensive form of electricity generation. While they are a central part of the mix, wind and solar alone will be insufficient. The intermittent nature of wind and solar, combined with their increased adoption in the grid, will create resiliency challenges towards meeting energy demand hour-by-hour, year over year.

To ensure reliability and match intermittent power generation with demand 24/7 with wind and solar as our only generation options would require overbuilding much more generation capacity than would otherwise be necessary, procuring substantial quantities of energy storage, and making considerable investments in transmission infrastructure. All of that capacity operates at poor utilization rates, raising costs, which are often overlooked in reported LCOE (Levelized Cost of Energy) figures and require detailed grid modelling to identify. Inter-annual variability in wind, solar, and demand will also raise new issues in such systems, and planning for 1 in 10-year or 1 in 20-year events will be necessary as we concentrate electricity production towards intermittent sources.

By taking an innovative approach to grid modelling, we can identify where investment dollars are likely to have a strong impact in facilitating a low-cost 24/7 carbon free energy grid of the future.

To illustrate the challenge of enabling a 24/7 carbon free energy future, Eavor evaluated a potential renewable energy location in California that corresponded to a solar LCOE of $15/MWh predicated on NREL advanced estimates of 2050 generation costs. Using open-source tools such as Renewables.Ninja, one year of solar generation potential were bucketed and averaged into hourly intervals over a day, representative of an average day of generation. The figure below shows the daily average solar generation plotted against the average daily historical Western US Interconnection demand.

Sizing battery energy capacity based on average expected production and demand data (such that the orange and green areas in the above figure are equal) reduces curtailment and improves the value of intermittent electricity generation. In this case, approximately 12.5 hours of battery energy storage, relative to average demand, is required. Applying battery energy and capacity costs of $84/kWh and $73/kW, respectively, (2050 NREL low-cost estimates) at 100% roundtrip efficiency, corresponds to a levelized cost of $8/MWh for energy storage, bringing the total system levelized cost (generation + storage) to $23/MWh.

How does a system designed for the average day perform hour-by-hour over a calendar year?

Increasing the model resolution from an average day to the hour-by-hour evaluation of production and historical demand over a calendar year allows us to determine the reliability of the system i.e., how many hours in a year can this system design meet historical electrical demand.

The table below outlines the system reliability and cost for solar and wind generation scenarios designed based on the average day.

Designs based on the average expected fluctuation in wind and solar capacity factors lead to favourable 2050 system LCOE’s for both wind and solar systems ($22-$23/MWh), but result in a system undersized for a 24/7 carbon free energy future. Wind generation, subject to stronger seasonal rather than daily production variances, exhibits lower system reliability than the solar + battery system.

This simplified example echoes the findings from the Los Angeles 100% Renewable Energy Study and many other papers: The last 10%–20% of energy demand cannot be easily served by wind, solar, and conventional storage technologies.

We can categorize supply side solutions that can improve system reliability as follows:

The question becomes, assuming 2050 low-cost estimates for storage and intermittent generation, what is the total system cost to get us to 24/7 carbon free electricity and how does it stack up against clean firm generation solutions?

Grid modelling tools are commonly complex constrained optimization models that simulate details such as operational characteristics of individual power systems, geospatial resolution of the transmission network and include a wide mix of potential generation resources. The open-source GenX tool is a commonly cited example of a comprehensive modelling tool (check out this paper outlining the results of GenX simulations that indicate that the Eavor-Loop™ can reduce the annual total system cost by up to $20B (21%) in a base case and up to $403B (81%) in an extreme case for a 24/7 carbon free United States Western Interconnection case study).

While these optimization models generate fantastic research of what our future electricity grid could look like, their results can be difficult to interpret due to the number of assumptions and details captured in the model. At Eavor we have developed a hybrid grid modelling approach that reduces complexity while still capturing what this study has identified as some of the most impactful parameters for determining the cost optimal resource mix in the 24/7 carbon free electricity grid of the future.

The objective function of the model is to minimize total system cost, while maintaining 100% system reliability to meet hourly demand. We also consider the effect of combining wind and solar energy to optimize the complementary nature of wind and solar capacity factors over time.

Since grid models cannot have perfect foresight, a rapidly executable hybrid model based on historical data allows us to run many different scenarios, extracting valuable insights for how to enable a 24/7 carbon free energy future.

With perfect hindsight, we applied this hybrid grid model to the California case study above from the years 2000-2020, using the same optimistic 2050 NREL targets for renewable energy and storage costs, evaluating the true system costs necessary to meet historical demand. System capacity has been designed to a handle a 1 in 20-year variability in available wind and solar resources.

The following figure outlines the results of the optimization analysis (and breakdown) for each form of generation in California.

From this curve, and the estimated total system costs, we can back out an effective marginal value of Eavor-Loop™ generation, or price of clean firm power to match the system cost of an optimized mix of low-cost wind, solar and batteries. An Eavor-Loop™ LCOE of $92/MWh, in an optimized scenario with a 29% Eavor-Loop™ share in the overall grid mix, matches the system cost of low-cost battery storage, wind and solar generation. The incremental value of firm power exceeds $110/MWh in smaller fractions of the grid as each MW of Eavor generation capacity offsets increased quantities of energy storage and overgeneration capacity.

Solar and wind power generation are highly materials-intensive (even more so if batteries are included to offset their intermittent nature). Instead of a reliance on petrostates, high penetration of solar and wind creates a reliance on electro-states (where the materials are mined). Many of these materials are not mined in an environmentally friendly or socially responsible manner. Mining is concentrated in a small number of countries (including China, Russia, the Democratic Republic of Congo, Namibia, Zimbabwe, and Libya). Eavor solves both greenhouse gas emissions and materials challenges.

Any type of capacity requires land-use, and both solar and wind have large footprints, with median power densities of 6.63 and 1.84 W/m2 for solar and wind power, respectively. Internal calculations give the surface power density of Eavor-Loop™ at 363 W/m2. Including Eavor in the resource mix for the California case study reduces land requirements by >80% compared to the cost optimal wind/solar + storage system. In addition, a high level of solar and wind concentration may exhaust economical land resources and require utilizing land with higher opportunity costs. These costs are not included in this analysis.

We performed the same analysis with 2050 NREL cost assumptions for two other competing energy storage technologies in the selected California example:

The following graph shows the optimized results of the different energy storage technologies.

Standalone low-cost pumped hydro, compressed air energy storage and battery storage scenarios, at 2050 cost estimates, all benefit from the inclusion of clean firm generation as part of the electricity mix.

The effective value of firm generation (in 2050) is between $89-102/MWh against all three energy storage technologies. Further, this analysis does not take into account constraints due to the availability of the required geographical features, which may inhibit further deployment of these storage technologies.

The same analysis was extended to Germany, a nation with considerable offshore wind generation potential, to verify that the value of clean firm energy is not constrained based on certain regional factors specific to California. The average 2050 LCOE for offshore wind used for this analysis is $17/MWh and the solar LCOE is $23/MWh.

Applying historical Germany demand data against differences in production capacity factors on an hourly model resolution, and with the benefit of perfect 20/20 hindsight into past weather data, we can determine the total system cost for a carbon free system from the years 2000-2020.

In Germany, like the California example above, substantial system overbuild is required to meet demand 24/7, year-round. This, combined with the lower solar capacity factors observed in Germany and inter-year variation in wind generation, force an optimal grid mix that is dominated by Eavor-Loop™ generation. Even as a large portion of the overall grid generation capacity, the effective value of Eavor-Loops is $87/MWh against a 2050 advanced wind, solar and battery portfolio. 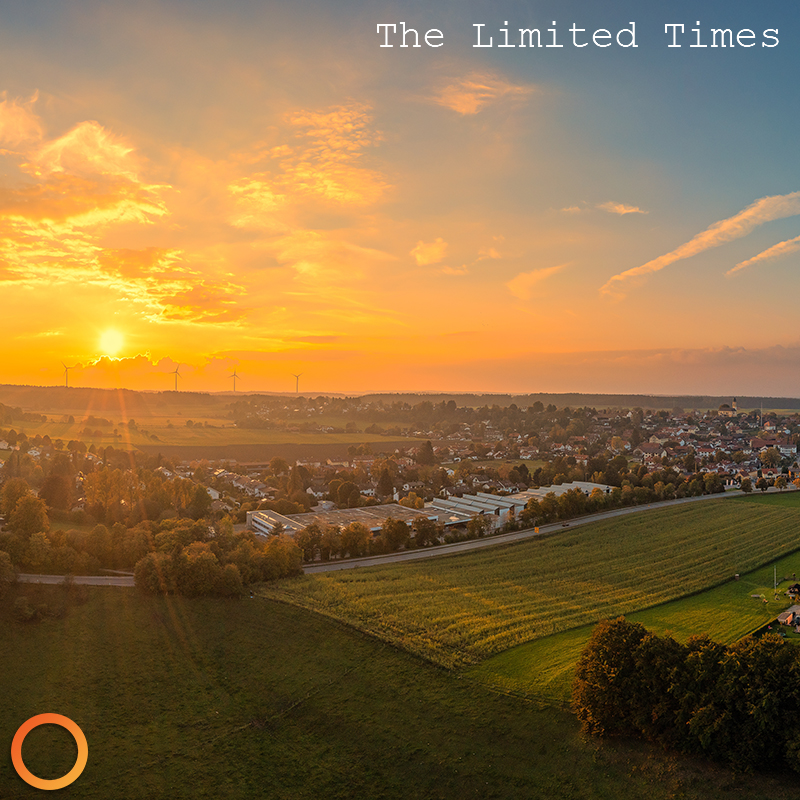 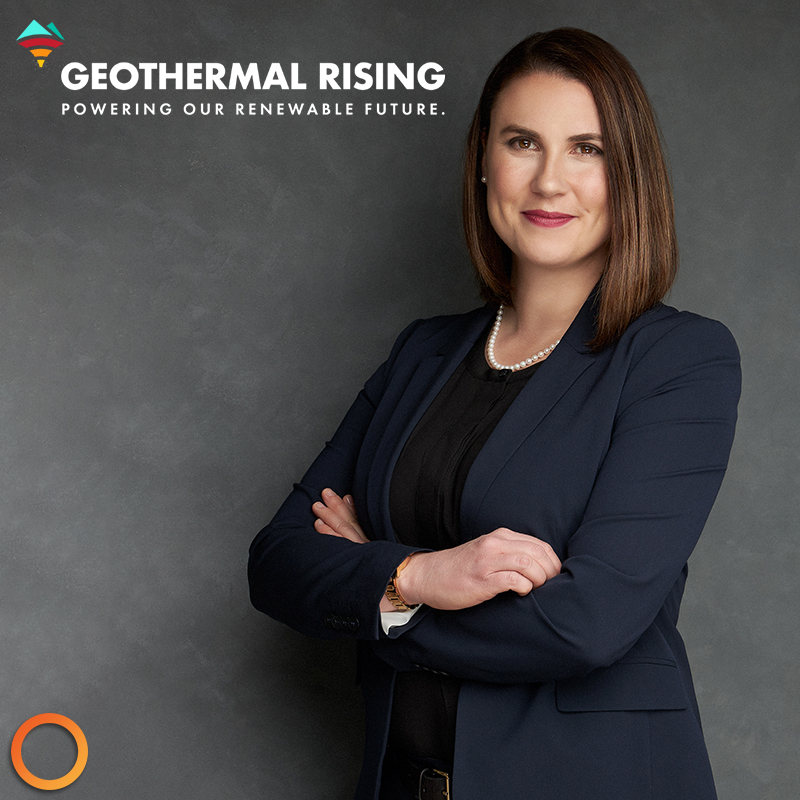 Jeanine Vany Wants to Shout from the Rooftops, for Advocacy in Geothermal Technology.