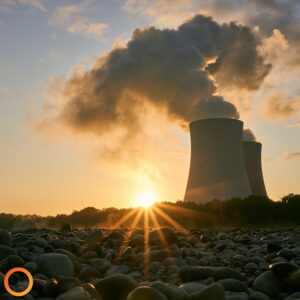 Energy Transition in Germany: Phasing Out Nuclear and Coal For Local Geothermal Energy

Nuclear power is being phased out in Germany due in part to its risk of devastating accidents and an increased number of documented cancer cases in the vicinity of nuclear power plants. The energy transition in Germany includes a directive to phase out coal by 2038, if not sooner, to achieve their climate protection goals.

This represents a major challenge, since coal and nuclear plants both have the ability to operate as baseload, 24/7 energy resources. The global push for cleaner energy sources has resulted in an acceleration of wind and solar power system installations, which are both intermittent resources in that they are not capable of predictable, continuous operation.

“Despite Europe’s big investments in renewable energy like wind and solar power, it still needs conventional sources of supply. Gas-fired power plants are one of the few options left.”

The solution in many places has been to rely on gas power plants, due in large part to their flexibility and ability to supplement energy production for renewables when the sun and wind are insufficient. But the geopolitical events unfolding now in Europe highlight the risk of depending on imported fossil fuels.

As an alternative to imported natural gas, geothermal systems can offer the same flexibility and baseload power without the environmental costs. And could potentially match the dispatchability of gas plants to complement clean wind and solar power as needed.

This initiative couldn’t have come at a better time with the conflict in Ukraine and the looming possibility of Russia cutting off Europe’s natural gas resources. Instead of viewing this as a crisis, perhaps we should see it as the future. Is the Ukraine situation a dry run for where we want to be anyway? How do we get beyond natural gas and achieve net zero?

The New York Times states, “The standoff over Ukraine comes at an inopportune time. World energy prices are already elevated as supplies of oil and natural gas have lagged the recovery of demand from the pandemic.” Natural gas is said to be five times the price it was a year ago, which raises electricity costs and has pushed some factories like fertilizer plants and metal smelters into shutdowns temporarily. The New York Times also states, “Gas is also growing in relative importance as coal-fired power stations are shut down in countries like Germany in order to meet environmental goals and nuclear plants are also closed there and in Britain. Despite Europe’s big investments in renewable energy like wind and solar power, it still needs conventional sources of supply. Gas-fired power plants are one of the few options left.”

Geothermal energy has long been overlooked in the world of renewable energy, but it’s past time to change that. It is the perfect alternative energy source to phase out natural gas. Despite the investments in wind and solar, there is still a gap in energy generation that needs to be filled. Geothermal power has always provided 24/7 clean energy with its baseload capabilities, and new, dispatchable geothermal technologies can also provide energy when wind and solar aren’t available.

But geothermal technology has another important role to play in phasing out fossil fuels across Europe. Electrification means big new loads on the grid, and solutions that can replace fossil fuels with a minimal increase in load have enormous value in avoided costs.

Considering that approximately 50% of the energy spent in Europe during wintertime is on heat, geothermal heating could be a major factor in meeting carbon-emission reduction targets without massive increases in electricity demand. Ground-source heat pumps have been proven around the world, and urban district heating represents a major opportunity to eliminate natural gas.

Almost a million people in Paris already get their heat from geothermal district heating today. “Since the first drilling carried out in Melun in 1969, geothermal projects have followed one another. Operated today by some fifty heating networks, they supply the equivalent of 250,000 homes.” And of course, geothermal resources are generally used locally, avoiding the security problems of being dependent on imported energy.

More research is needed to support all of these use cases for geothermal technology, but there is a growing awareness of the need for reliable, 24/7 clean energy to complement the renewables already deployed, and to get us closer to that important net-zero target. The World’s Environmental Cooling Challenges & How Eavor Can Help