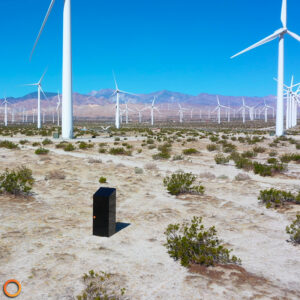 Eavor-Loop™, a multilateral closed loop geothermal system, is a clean firm power generation technology that can be scaled to phase out fossil fuel baseload and peaker plant generation. Eavor has partnered with a major US utility for the large-scale development of Eavor-Loops to supply clean firm power to the grid. The favorable geothermal gradients in the region, coupled with the scalability of the Eavor-Loop™ solution, indicate that there is >1.2GW of potential Eavor-Loop™ generation on the selected project licence area located in southwestern USA.

The following is a summary of Eavor-Loop™ dispatchability optimization for an example 20MWe initial phase of development, with a target of matching electrical output of the system to peak electrical demand in the summer months – hours corresponding to the highest ambient temperatures where air conditioning and other loads can strain the electrical grid.

As we will see with the following examples, a novel feature of the Eavor-Loop™ is the ability to operate within existing transmission constraints to optimize both speed of project execution and utilization of transmission infrastructure to meet hour-by-hour electricity demand.

The efficiency of thermal power generation is subject to ambient temperature fluctuations both on a daily and seasonal cycle (higher ambient temperatures correspond to lower heat-to-power conversion efficiencies thus, the amount of electricity than can be generated by a MWh of thermal energy decreases). The figure below is an illustrative example of the hourly generation of a traditional geothermal system with and without a production cap, for a constant thermal output and a 20MWe nominal generation capacity based on the average annual ambient temperature at the southwestern USA project location.

In the winter months, without a production cap, electrical generation can exceed 24MWe and the hours where electricity is in the highest demand – during the highest ambient temperatures in the summertime – coincides with the periods of lowest system generation, as low as 14MWe. In addition, this system would require designing generator and transmission infrastructure for 24MWe, only to be utilized at 14MWe during peak demand hours, where it is needed most.

If we introduce a 20MWe production cap average generation decreases from 20MWe to 18.2MWe and with peak demand hours defined from 7am-10pm, the system is only able to deliver 20MWe 29% of the peak demand hours.

Operating within the transmission constraint requires an energy storage solution to deliver 20MWe during the highest ambient temperatures of the year without incurring additional energy curtailment and overcapitalization of the project. This can be achieved via battery energy storage at significant expense to store the substantial quantities of energy needed. Alternatively, Eavor-Loop™ can be utilized as an “Earth Battery”: dispatchable operation of the Eavor-Loop™ provides a subsurface mechanism of energy storage with zero change in subsurface cost.

A key differentiator of Eavor-Loop™ technology is the ability to operate in either a baseload or dispatchable manner. Eavor-Loop™ achieves dispatchable operation by storing energy sub-surface, slowing or stopping circulation of the working fluid by automated surface valve control, and thus increasing the residence time and heat uptake of the fluid, essentially charging the system. When required, this energy is discharged by increasing the circulation rate and quickly displacing this pre-heated fluid to surface.

This differs from other forms of dispatchable resources, which involve system curtailment, are unable to produce above baseload capacity of the system and sustain significant losses in total energy production. Traditional geothermal facilities are not able to adjust production rates in this manner due to the brine flowing in an open system through a complex reservoir which can result in many issues such as cold-water break through, solids bridging and increased pressure drop, and circulation pump failures. Since the Eavor-Loop™ fluid is effectively circulating in a network of radiator pipes subsurface, adjustments to the circulation rate have no impact on the overall reservoir health.

Eavor-Loop™ enables a method of intra-day energy storage and dispatchable operation without any upgrades to the subsurface capacity of the system. Several trials have been run to validate in the field the ability of the Eavor-Loop™ to operate in a flexible fashion. This characteristic makes Eavor-Loop™ a desirable addition to the energy stack, complimenting existing wind and solar installations and promoting grid stability by delivering peak production when intermittent sources are unable to meet demand.

An Eavor-Loop™ system was simulated for baseload operation using P50 estimates of the geological geothermal gradient and target formation thermal conductivity. In conjunction with the subsurface Eavor-Loop™ system, the hour-by-hour performance of an optimized 20MWe Organic Rankine Cycle (ORC) catered to the Eavor-Loop™ was evaluated.

Baseload operation in this case differs from the above traditional geothermal example – the optimization is constrained to the 20MWe transmission limit and adjusts the flowrate of the Eavor-Loop™ circulating fluid such that the limit is not exceeded. There is no curtailed energy in the Eavor-Loop™ system. As a result, more energy will be available to dispatch to 20MWe in the high day-time ambient temperatures since the Eavor-Loop™ system recharges during low night-time ambient temperatures (where production would exceed 20MWe). The predictability of conduction as a heat transfer mechanism enables detailed optimization over long durations for a specific set of Eavor-Loop™ project related constraints.

The table below highlights the electrical power output of the baseload Eavor-Loop™ system in comparison to the previous traditional geothermal system example. Load shifting the Eavor-Loop™ by storing excess energy subsurface via a reduced system flowrate to both increase the residence time (higher working fluid temperatures) and recharge the surrounding rock temperatures improves the hours of 20MWe generation during peak demand from 29% in the traditional geothermal system to 74% and increases average generation from 18.2 to 19.6 MWe.

While the baseload operation of the Eavor-Loop™ represents a substantial improvement in delivering power during peak demand hours, it is still not perfect if the objective is to maximize peak hour generation. The ambient temperatures are simply too high during the hottest days/weeks of the year to capture any excess energy for dispatching to 20MWe without overcapitalizing the Eavor-Loop™ development or operating it differently.

Eavor investigated how the Eavor-Loop™ could be operated in a dispatchable manner, maximizing the generation during peak hours to offset heat-to-power conversion efficiency declines in higher ambient temperatures. Eavor’s combined surface and subsurface optimization model identified the necessary recharge cycle setpoint in order to maintain a flat 20MWe production profile throughout the dispatch period for each case. This involves reducing electricity production below 20MWe during off-peak hours, such that sufficient thermal input is provided during high ambient temperatures to reach 20MWe of generation. The figure below illustrates, over a hot week in August, the electrical generation of the Eavor-Loop™ after 10 years of generation.

Note that an Eavor-Loop™ can operate in a flexible manner to suit the demand and/or production profile of any electrical grid. The above is an example of Eavor-Loop™ dispatchability catered to the local electricity demand and ambient temperature profiles, among many possible dispatchable operating points.

There is a penalty in terms of overall energy generation with the selected dispatchable operating strategy as thermal output is shifted toward higher ambient temperatures where conversion efficiencies are lower (19.6MW vs 18.3MW average generation). However, the advantage of this strategy is that the electrical output profile of the Eavor-Loop™ system lines up closely with demand, delivering a more valuable MWh of electricity. 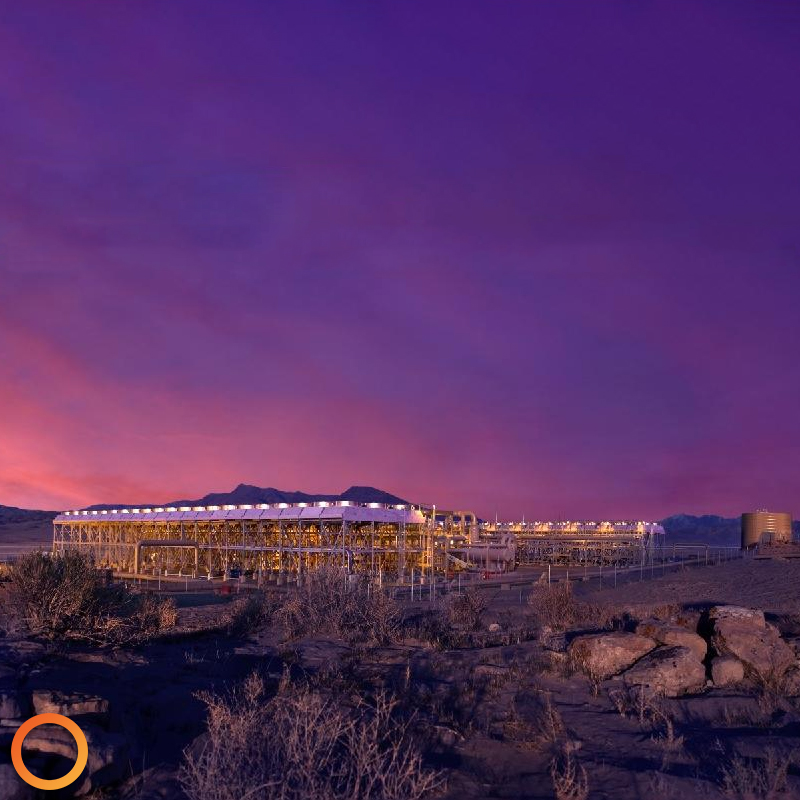