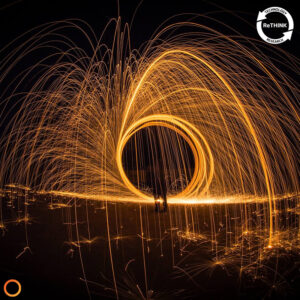 The innovative leader of next-generation energy, Eavor Technologies Inc, has recently made Peter White, CEO of Rethink Technology do exactly that – rethink the role of geothermal in the energy market of tomorrow.

In a new article for Rethink Technology Research.com, White addresses the unprecedented expansion and scalability of Eavor’s Closed-Loop geothermal drilling technology, as well as their business plan.

White typically writes about solar, wind, and the potential for the new hydrogen industry, focusing on industries and organizations that have goals within the next five years, rather than the next fifteen.

After an interview with Eavor Germany’s Country Manager Daniel Mölk, and a thorough exploration of Eavor’s informative website, White is no longer categorizing geothermal energy as an eventual market in the coming decades; but as a major player disrupting the energy industry status-quo right now.

The article takes Rethink’s readers through an in-depth description of Eavor-LoopTM technology, how this new geothermal approach is exempt from many limitations restricting traditional geothermal, and how the fast-growing organization plans to make their patented technology universal, affordable, and – most importantly – scalable.

Eavor issued a press release declaring the project active on October 31, 2022, and once completed, it will function not only as an active geothermal plant supplying local communities with green energy and district heating, but also as a demonstrative facility to show European energy stakeholders the value and timeliness of geothermal development.

And the timing couldn’t be better. A large majority of energy used in Europe comes from burning fossil fuels, and with American oil looming on one side, and Russian natural gas on the other, Europe is entangled in a special energy nightmare. A nightmare to which Eavor holds the cure.

The European Union has also set ambitious net-zero and climate change goals for the next 30 years, and while nations like the Netherlands and Italy have expressed interest in geothermal potential, Europe is far from the only continent looking to reduce climate impact.

According to The Visual Capitalist.com, 137 countries have made pledges to reach net-zero carbon emissions. Two have achieved this goal – Suriname and Bhutan have already achieved carbon negative status, meaning more carbon is removed by these nations than emitted.

Only a handful of nations have targets set post-2050, and with initiatives such as the Carbon Neutrality Coalition and the Race to Zero Campaign, the entire globe is prime market for geothermal expansion. Alberta’s Oil & Gas industry; a pivotal platform for the emergence of Geothermal Energy