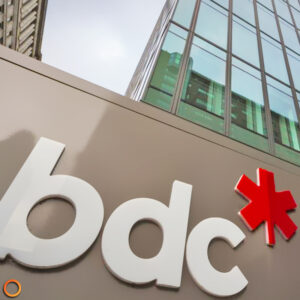 The Business Development Bank of Canada announced a second round of investments in Canadian green technology on November 1, bringing its investment total in clean tech to $1-billion.

Combining government funds from green initiatives with institutional investments from around the world, the BDC aims to create lasting relationships with promising companies in order to reach the net-zero greenhouse gas emissions goals set by the federal government.

Dubbed the Climate Tech Fund, the new initiative has allocated an additional $400-million to accelerate Canada’s transition to a cleaner, low-emissions economy.

In 2018, the BDC committed $600-million to the same cause, doling out investments to 50 Canadian companies with the potential to scale low-carbon technologies up to commercialization. A young Eavor Technologies Inc. was one recipient of this first round of cash infusion.

The Globe and Mail reported on the announcement, and quoted Paul Cairns, chief business development officer for Eavor on how the investment from BDC differs from typical financial backing.

“It all feels more like a support system than an investor just looking for a return when you’re working with BDC,” said Cairns. The relationship is characterized by the advice and encouragement from the bank, he added.

Cairn’s also acknowledged the non-monetary benefits of the BDC’s initial investment in the budding – and more risk-prone – Eavor Technologies: a confidence and reputation boost.

“It speaks loudly towards the calibre of company that we must be for them to be involved with us, and we get to leverage off of that.”

And the BDC says this type of long-lasting, supportive relationship is what it’s aiming to foster within the green tech industry. Despite Canada’s quick ascent up the Global Cleantech Innovation Index (the country went from seventh in 2014 to second in 2021), follow-through investments are lacking.

That’s where we come in,” said Susan Rohac, BDC’s Climate Tech Fund managing partner. “We are trying to support these companies along the whole entire lifecycle. So we will come in as an early investor, but then follow them along as they continue to need multiple rounds as they commercialize and scale.”

Isabelle Hudon, president and chief executive officer of BDC said new advancements in low-carbon technologies will play a critical role in reaching the country’s goal of net-zero emissions by 2050.

“The creativity, the will and the capacity to develop those technologies” already exists in Canada, said Hudon. Demand for the capital to execute such developments was the deciding factor to kick off the second round of funding.